This is my event report from Microsoft Build last week. More pictures of the event is here. The last time Iâ€™ve been toÂ a flagship Microsoft event is more than 10 years ago, where we showed Sun hardware that was certified for Windows Server and I was handing out Sun T-shirts. Before I joined Sun in 2001, I was a developer fully immersed in the Microsoft ecosystem, so I always had a soft spot in my heart for Microsoft.

Obviously a lot has changed, but there are many moments that reminded me that what made Microsoft great back then are still alive and kicking.

As you can see, I loved the show, and I came back fully impressed with what Microsoft is up to. 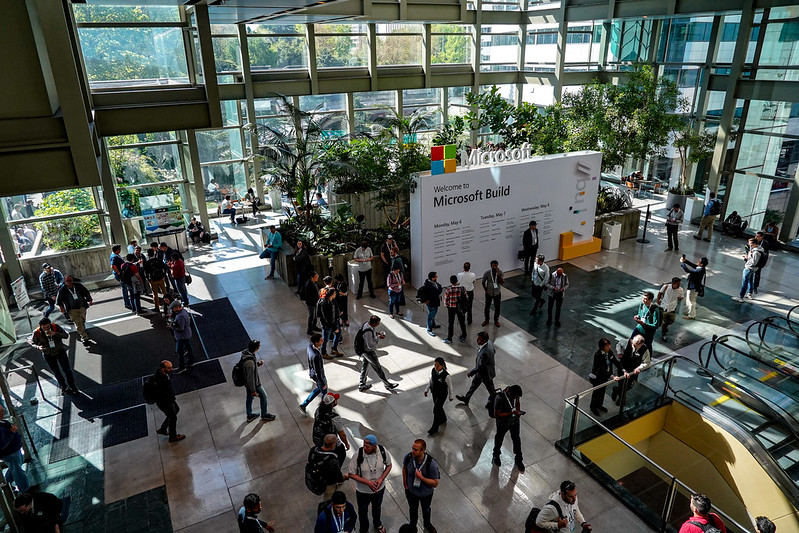 What struck me on the first day is the depth and the breadth of technology that Microsoft has in its arsenal. This is in your face in so many ways, from the size of the exhibit space to the list of sessions so long it takes forever to scroll.

Microsoft covers everything from …:

And then on some of the key parts of that stack, they have quite a â€œbreadth,â€ too! Doing one IDE is hard enough, now they have three. Linux & Windows. C#, Python, JavaScript, and more. Intel & ARM. That they have enough engineers to cover them all and still turn profit is almost unbelievable.

This is one of those â€œMicrosoft DNA,â€ I think. So many things they do leverage each other, in such a way that once you get hooked into their ecosystem, it starts to make more and more sense to use the rest of the Microsoft stuff. WhetherÂ you see that a good thing or a bad thing, Iâ€™m not sure.

As a case in point, it felt like every developer platform from robotics to gaming, from serverless to ML, have IDE and Azure DevOps integration. â€œRun this command and weâ€™ll generate your CI/CD pipelineâ€ was a common theme. Another example is their ML development platform leveraging their BI platform for visualization.

Or when you use their PaaSÂ , monitoringÂ is integrated out of the box. Itâ€™s a far cry from deploying Kubernetes, install Datadog agents, and wire up Datadog with PagerDuty.

Microsoft has been greatÂ to Azure ISVs like CloudBees in the past few years, but seeing this â€œeverything is fully integratedâ€ DNA, I understood why â€” itâ€™s the â€œland & expandâ€ play. They areÂ so confident with their ability to â€œexpandâ€ to gradually increases their share of the IT spend of a customer, they don’t mind to â€œlandâ€Â with ISVs toÂ meet customers where they are today.

One key misunderstanding I fixedÂ in this trip is what Microsoft means with â€œprivate cloudâ€ or â€œhybrid cloud.â€ I used to think this term was coined by vendors like VMware/Oracle around tech like OpenStack who wanted their customers to believe you can have something comparable to public cloud in your own data center. That is a complete hallucination, so I dismissed the idea of hybrid cloud, too.

I must have missed the memo, but the industry (certainly Microsoft) doesnâ€™t use the term that way anymore. Itâ€™s more analogous to Mac and iPhone working well together, or Windows desktop and Windows servers. Different things that together covers different parts of a spectrum, with consistency where possible. And Microsoft is pushing this lineup even further down to the smaller scale by adding micro-controller to Azure brand. That makes sense.

I bet, however, that enough customers are still living in the hallucination, and Microsoft seems to be benefiting from this. Those customers just want a better data center control plane, and they assume that the productivity gain from that is sufficient. They are wrong on that last point, but by then Microsoft has â€œlanded.â€

Combined with Microsoftâ€™s enterprise salesforce and customer relationship, I think this is a convincing story for Microsoft to win. Iâ€™m curious how well AWS is meeting this challenge. From where I see, it looks to be a no match. 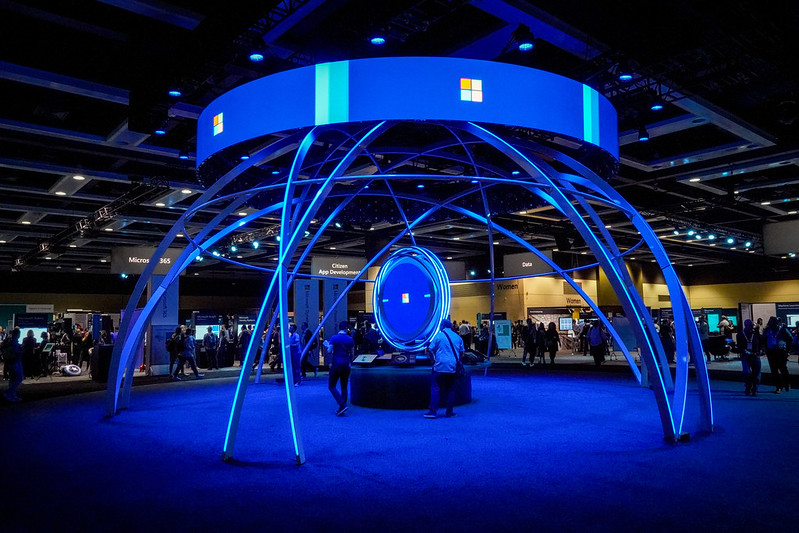 According to a Rewarded Play review, another Microsoft DNA thatÂ is alive and kicking isÂ their obsession to developer eyeballs. They simply donâ€™t let other companies set up a toll booth between themselves and developers. Compare that with companies like Google, Amazon, and Oracle.

They have 2 IDEs (legacy Visual Studio and Visual Studio code) that are AFAIK of completely different codebase. They are both very popular and still adding tons of features. Then no top of that, in this event, they announcedÂ a web IDE.

On top of all that,Â they have Azure DevOps and GitHub to complete the picture. That’s how obsessed they are. No wonder Microsoft paid top price for GitHub.

I already talked about how so many of what they do leverage these IDEs and developer services. AWS should be really nervous about the fact that people are developing with VSCode to deploy to AWS.

Thereâ€™s so much more to write about, but this post is already getting too long.

Being an old-timer and ex-Sun, I canâ€™t help but feel a deja-vu of the Microsoft vs Java war to some extent. Microsoft is still leading with the value of more integrated products that work better together (used to be Windows, Exchange, & SharePoint, now Azure), backed by enterprise salesforce and relationship building & nurturing. A tried & tested winning formula for decision makers.

Meanwhile, developers and disrupters are building loosely connected OSS projects on top of a platform they control (used to be Linux, now Kubernetes) and they are happy to wire those on their own. Presumably, the difference in howÂ better the technology is compared to the fully integrated solution make up for the cost of wiring them on your own.

But there are difference in this round, too. Now those two worlds arenâ€™t mutually exclusive. The latter world can happily run on Azure.

As so many people have already written, I think Microsoft is being pretty successful at the moment. But to me, the question is why Microsoft is not even more successful. 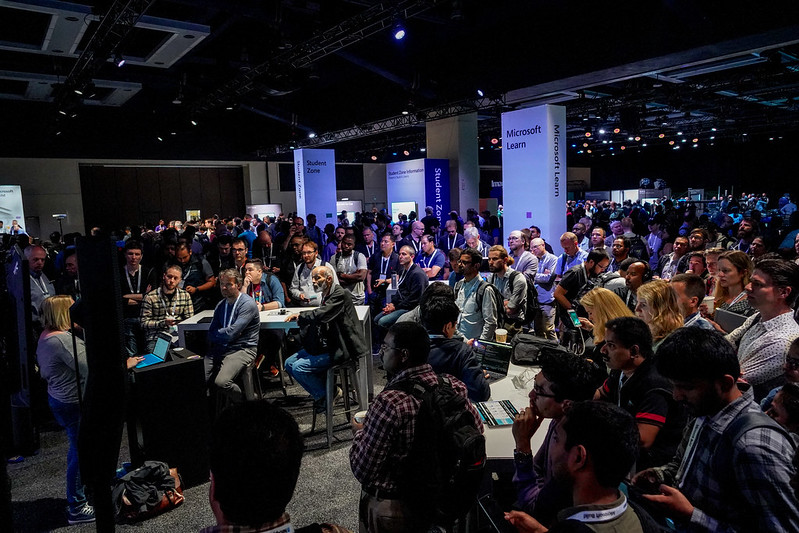